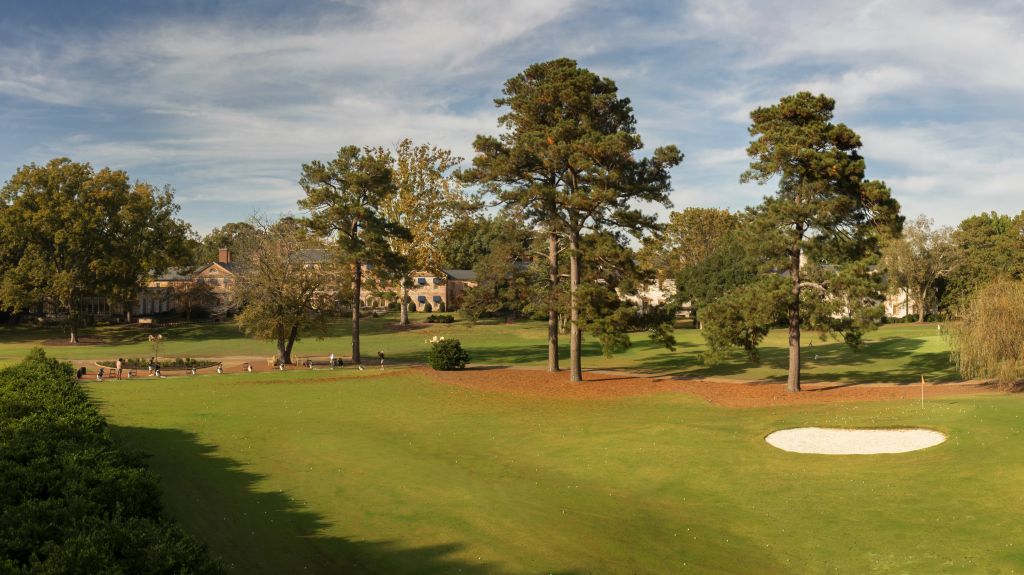 Imagine your arrival in the historic triangle of Williamsburg, Virginia. You are surrounded by centuries old history around every corner. You’ve chosen one of five world-class accommodations where you’ll be able to relax and unwind.  Drawing back the curtain of your window, you look out to find you’re steps away from a plethora of fine dining, a relaxing, four-star rated spa, and lush, sprawling green fairways.

This is Colonial Williamsburg Resorts. 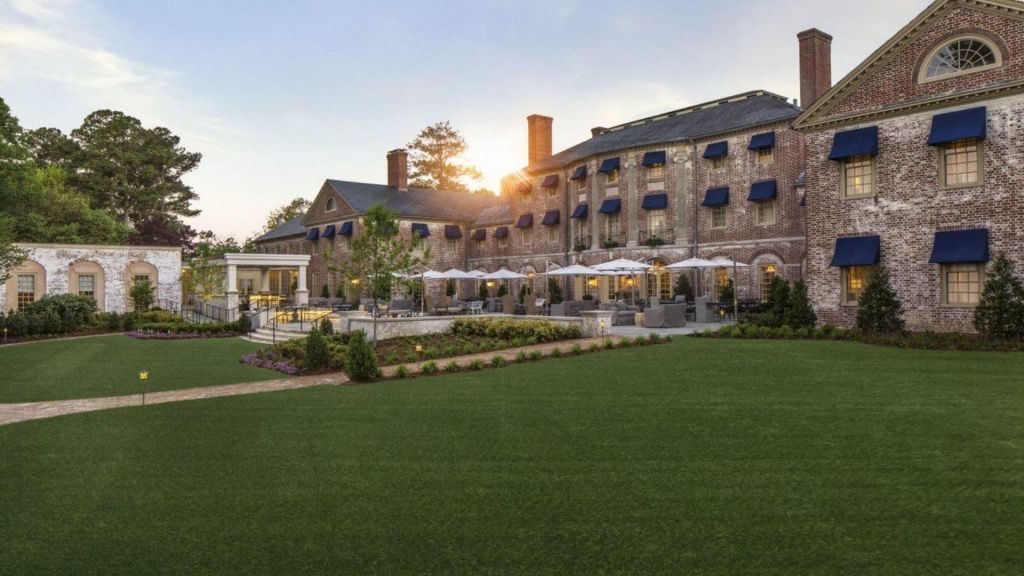 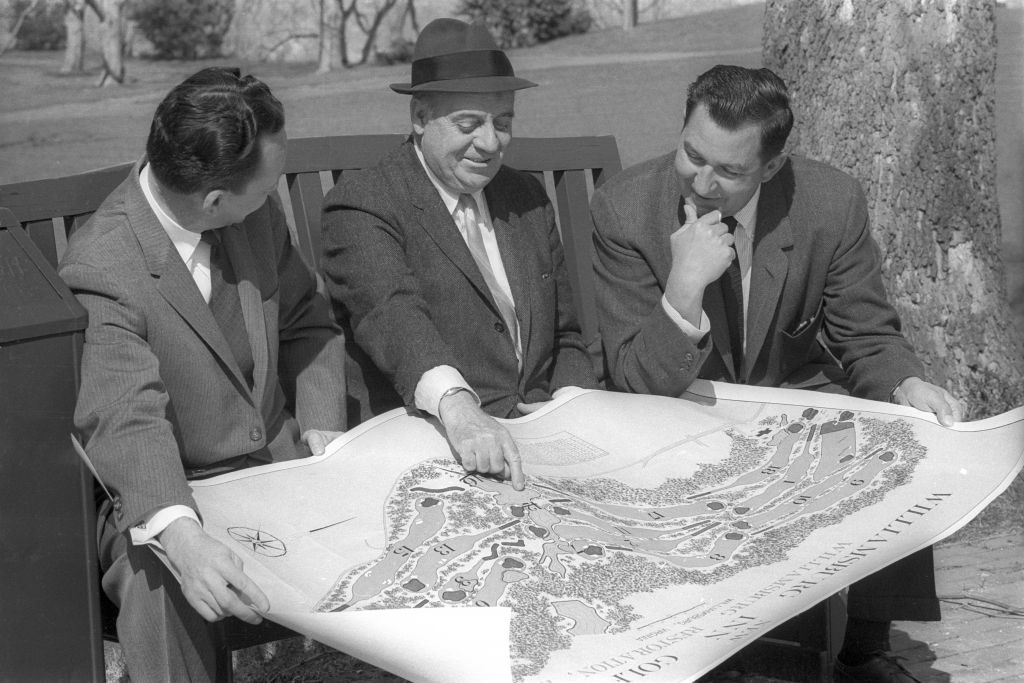 Dating back as early as the 17th century, and more popularized by the 1700s, golf is a recorded pastime for Northampton and Norfolk counties in Virginia. There are even informal records of the last British colonial governor, John Murray, the Earl of Dunmore, playing and practicing on the grounds of the Governor’s Palace in Williamsburg!

Originally, a golf course was designed by management to be added to the Williamsburg Inn in 1941. However, the outbreak of World War II paused these plans, and it wasn’t until 1945 that design and construction could officially begin! Fred Findlay designed the layout for the 9-hole golf course that was completed and opened to guests on July 15, 1947. The first tee sits approximately fifteen yards from the current first tee of the Golden Horseshoe Golf Course!

Following the popularity of this 9-hole course, on September 11, 1963, Robert Trent Jones Sr’s 18-hole championship layout design, The Golden Horseshoe, was opened to the public. He lovingly refers to this course as “my finest design. “Jones then went on to reconfigure the original 9-hole course, incorporating several of the existing tees and greens. This executive-length course is named the Spotswood Course and opened to the public on October 31, 1964.

Both names, “The Golden Horseshoe” and “Spotswood”, have important historical references. In 1716, colonial governor Alexander Spotswood organized a party of 63 men to explore the outer edges of the Virginia colony. When they returned from their arduous journey, Spotswood awarded each of his men a Golden Horseshoe, some of the horseshoes housing expensive stones resembling the heads of nails.

A few years after the Spotswood course’s opening, The Golden Horseshoe hosted an exhibition match producing its long-standing course record. Touring golf professionals Jack Nicklaus and Mason Rudolph went head-to-head with amateur champions Marvin “Vinny” Giles, and Sam Wallace Sr. Nicklaus won and set the course record with a score of 67. The Gold Course’s current record is now 60, set by Boyd Summerhays at the NCAA PING/Golfweek Preview Event in 2006 and later tied by Michael Schacter at the NCAA National Championship in 2007. 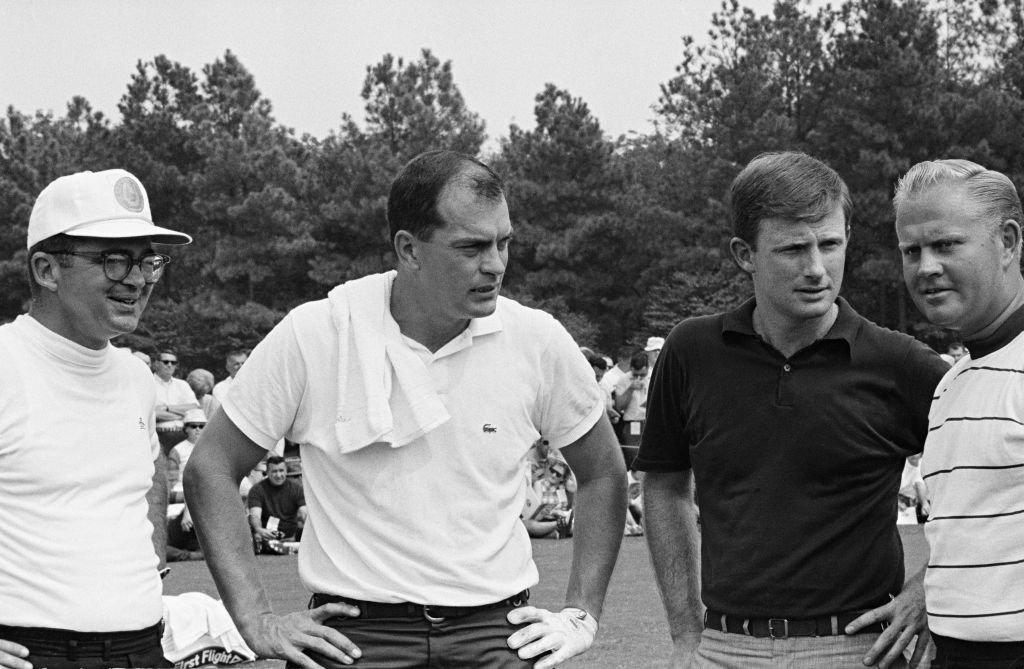 In 2017 Rees Jones returned to restore his father’s design on the Gold Course. Today, Colonial Williamsburg Resorts is fortunate to have father and son side-by-side courses for guests to experience and enjoy on the same property. 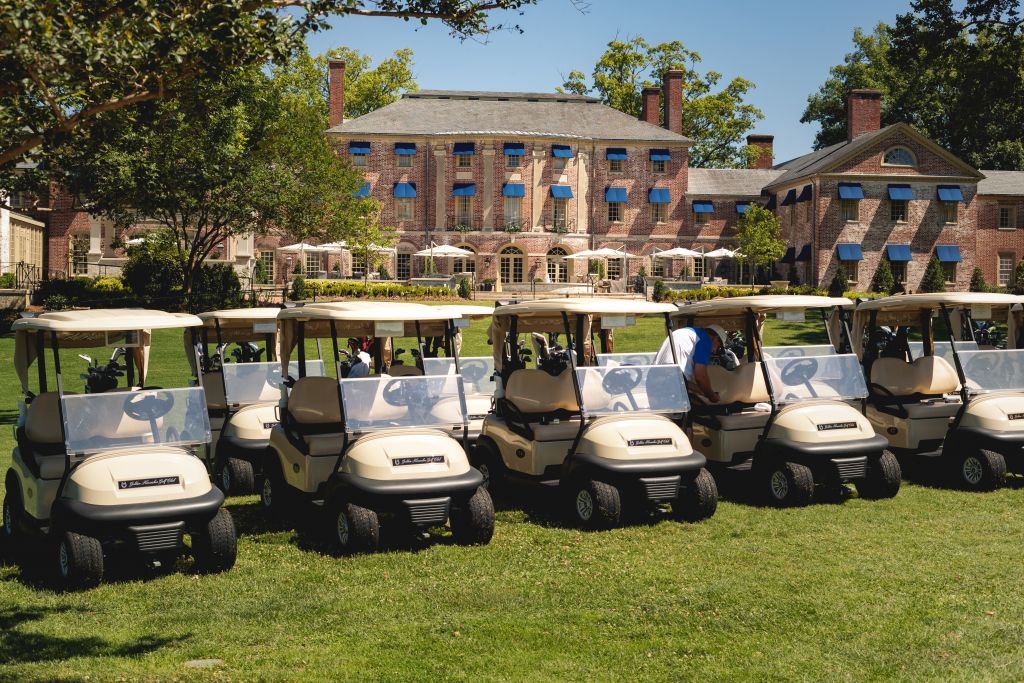 Whether you are looking to utilize our top-rated courses or just take in the beautiful history that lives in Virginia, Colonial Williamsburg Resorts has so much to offer! Avid golfers and families of all ages alike will enjoy both indoor and outdoor activities. Here are just a few:

While you’re here, don’t forget to check out the Historic Area and the many different museums, trails, and parks Williamsburg provides. So, what are you waiting for? Book your stay with Colonial Williamsburg Resorts today! 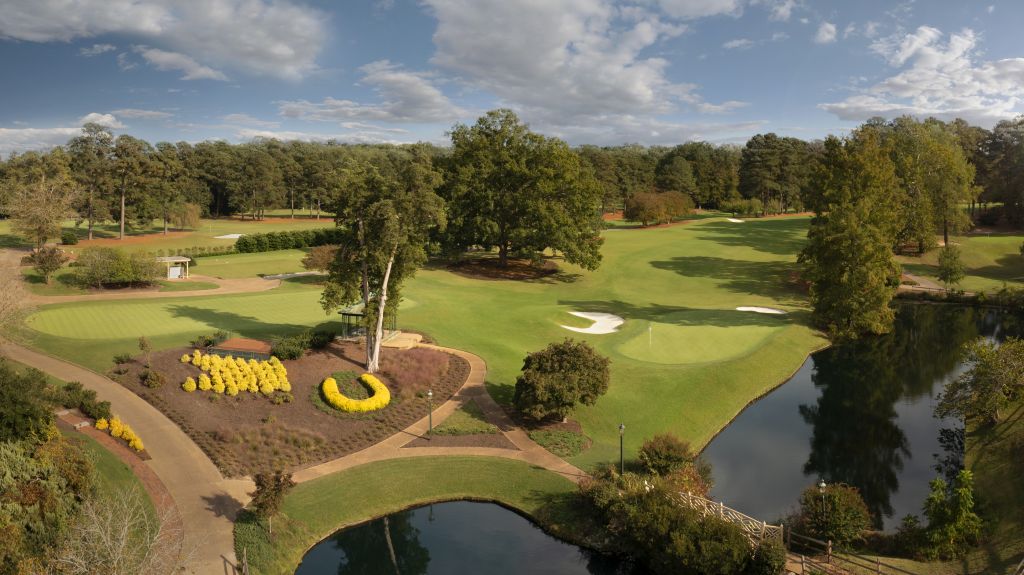