The stately tree in our lobby is trimmed with custom, handmade ornaments that recall elements of the Regency period in England from 1811 until 1820. At the top sits the striking Prince of Wales crown which commemorates one of the great art patrons of that period.

The ornaments were either exclusively designed for, or adapted as original designs for, the Williamsburg Inn and will never be reproduced. The designs are credited to Susan Winther, Director of Design for Colonial Williamsburg from 1975 until 2005. It was her idea to use themes, designs, and colors from the Inn’s Regency period décor for these special ornaments.

Many of the ornaments were handmade by Susan Rountree. Mrs. Rountree is an internationally renowned miniaturist, free-lance designer and author. All of the gold ornaments have been painted in a soft “leaf gold” color in keeping with the Inn’s décor. The tree topper, the Prince of Wales crown, was crafted by Carol Harrison with needlepoint in silk and metal threads.

We invite you to come by and see if you can find the following ornaments: 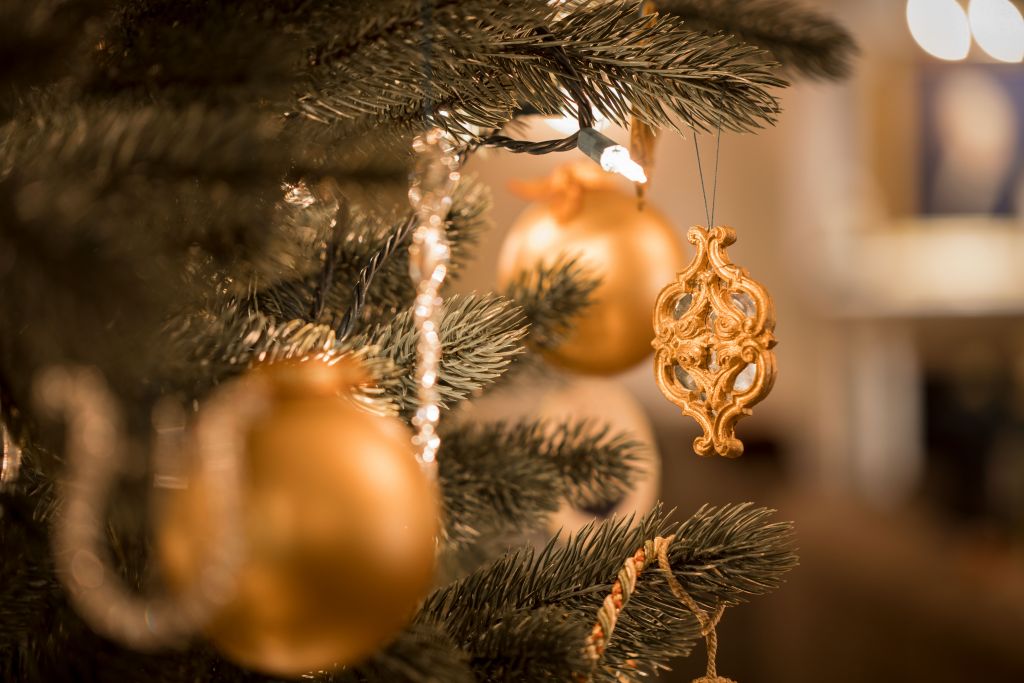