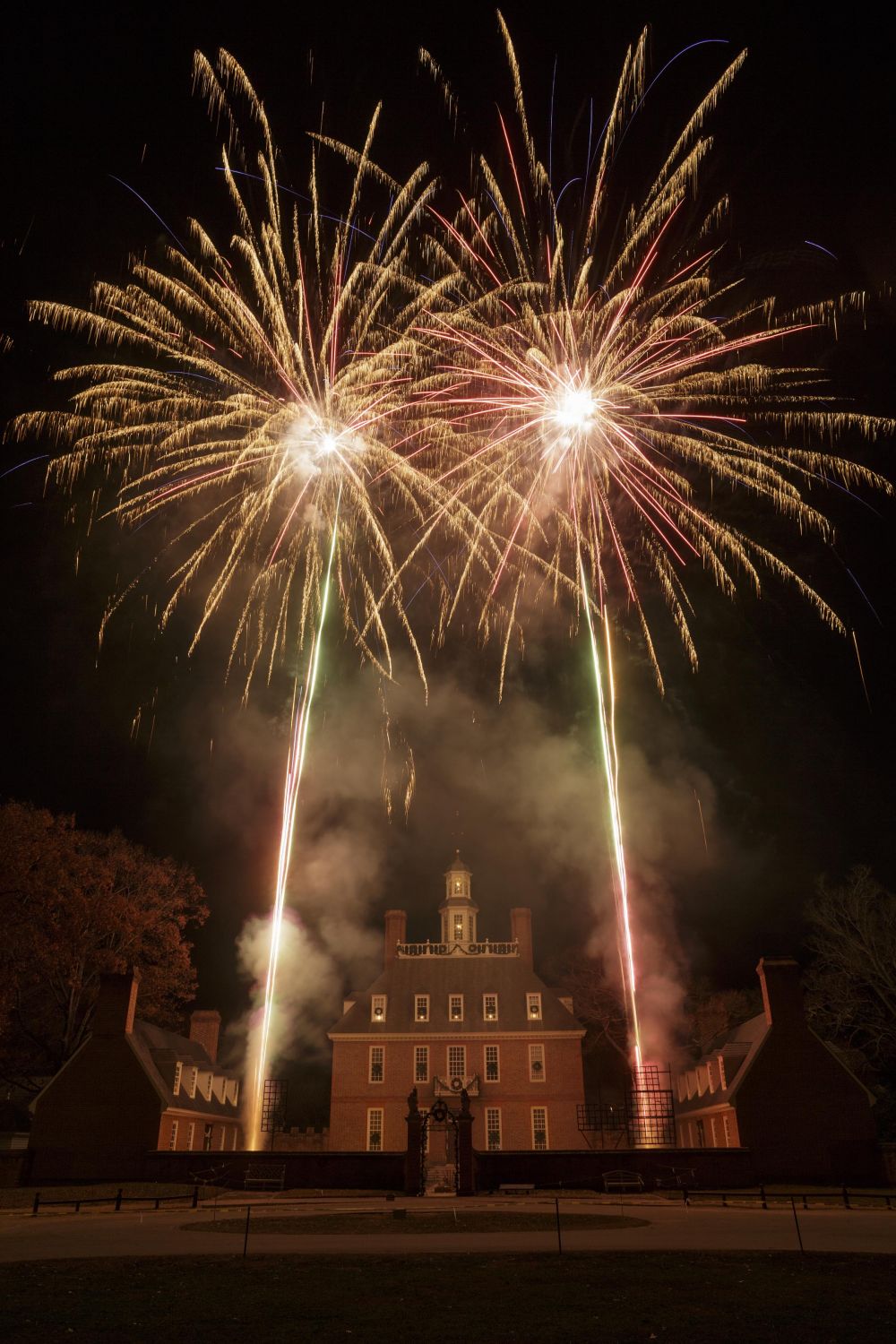 For over 85 years, Colonial Williamsburg’s Grand Illumination has celebrated the start of the Holiday season. In the 18th century, illuminations—the firing of guns and lighting of fireworks—were held to celebrate significant events such as commemorating the birth of the reigning sovereign or a great military victory.

Join us this year for musical performances from multiple stages throughout the Historic Area: the Lighting of the Cressets, Goodwin & The Ghost: A Williamsburg Christmas Tale—storytelling on Palace Green, a special appearance by Father Christmas, and breathtaking fireworks displays from the Capitol and the Palace.

Colonial Williamsburg plans to hold Grand Illumination from 5:00-7:30 p.m. on three consecutive Saturdays: Dec. 3, 10 and 17. Each time, a fireworks demonstration will be presented by the City of Williamsburg in one location – over the Governor’s Palace.